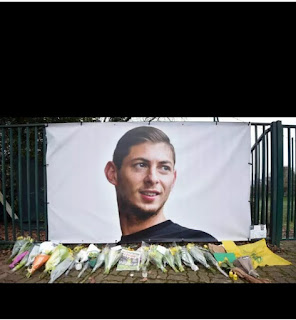 Britain's Air Accident Investigation Branch, AAIB, said on Monday that they have concluded the search on the missing Premier League star Emiliano Sala.

AAIB said they have found Sala's body in the wreckage of the plane on sea bed near Guernsey.

News reports said that the wreckage of the aircraft which disappeared over the English Channel in January carrying the Cardiff City Striker and his pilot was found on Sunday February 3. 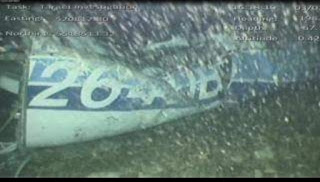 A privately founded underwater search had begun on Sunday several days after investigators said they found two seat cushions on the French Coast that likely belonged to the aircraft.

According to EuroSport, Britain's Air Accident Investigation Branch said in a Statement: Based on Analysis ROV ( underwater remotely operated vehicle) video footage, the AAIB Investigators on board the vessel concluded that the object is wreckage from the missing Piper Malibu aircraft.

Tragically, in the video footage from the ROV, one occupant is visible amidst the wreckage.
The AAIB is now considering the next steps in consultation with the families of the pilot and the passenger.

Meanwhile, Sala's father, Horacio Sala, had earlier said he had remained in shock after the missing plane carrying his son was found.