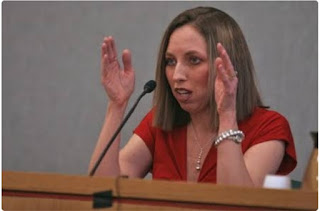 Michele Mallin was a victim of a violent rape in 1985. The then 24 years old Texas Tech student was parking her car when she was approached by an African-American who asked for her help to jump start his car with cables.

When she said she didn't have any cables he reached in through the window opened the car door placing a knife to her neck he force her to the passenger seat and drove off. He drove to vacant field outside of town where he forced her to perform oral sex after which he then raped her. He then drove back after which he took $2 in cash from her, her watch and ring then left on foot. Mallin then immediately called the police, reported the crime and the investigation was under way.
Mallin described the attacker to the police giving the details about his clothings (shirt and sandals) and also the fact that he smoked alot.
The police said that it might have been the work of a serial rapist (“Tech rapist”) who was suspected of about four other rapes. Composite sketches were then made of the rapist as described by Mallin. 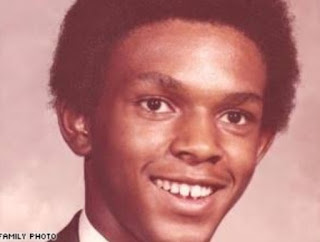 This is Timothy Cole, a 26 year old veteran and Texas Tech student. On the night of the rape, himself, his brother and his friends had a card game.
Some weeks after Mallin’s rape, Cole was at a restaurant to get pizza when he ran into a female detective who questioned and somehow their conversation earned him a leading spot on the suspect list. The detective proceeded to go to Coles house and obtained a Polaroid picture of him.
She showed the picture to Michele Mallin together with mugshots of other suspects (keep in mind only Cole’s picture was a Polaroid, the rest were mugshots in which the subjects were facing sideways or not looking at the camera when it was taken). Michelle almost immediately singled out Cole from the pictures as the man who raped her. The next day the police called line up and Michelle again singled out Cole as the attacker, after which Cole was arrested.
The Case
Cole was tried in court for the rape of Michele Mallin but not for the rape of the other five. Mallin again pointed out Cole as her attacker.
A forensic examiner testified that.. .

The forensic examiner further testified about the pubic hairs collected from the victim’s underwear and body during her hospital examination. He testified...

The defence
Cole's attorney started by presenting the accused alibis, to which Cole's brother and several friends testified that Cole was with them during the card after which he went to his room to study. The attorney also reported that the rapes have continued even after the imprisonment of the accused.
Cole further presented the court with evidence that he has a chronic asthma and could not have been the perpetrator who Millan described as “he smoked alot.”
The Jury deliberated for six hours and the next day Cole was sentenced to 25 years in prison. 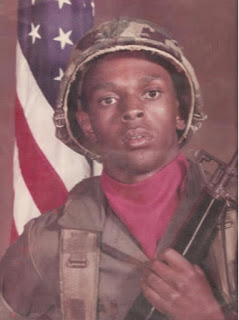 Years went by, appeals kept being denied, he was offered parole only if he would plead guilty which he refused to.
A decade later after the statues of limitation on rape had expired Jerry Wayne Johnson wrote a letter to the police and prosecutors that he was the one who committed the rape Cole was being accused of but the letters were not acknowledged.
In the year 1999 after serving 14 of his 25 years sentence, Cole died from an asthma attack. He never knew of Johnson's attempts to confess.
In 2008 DNA exonerated Timothy Cole’s name and implicated Johnson's. Meanwhile the victim in the case, Michele Mallin, speaks and writes about the case to raise awareness about misidentifications and wrongful convictions. “I was positive at the time that it was him,” she said at a recent speech at the Georgetown University Law Center. “I was shocked when I found out it wasn’t him. I joined Tim’s family in working to exonerate him because it was the right thing to do. Timothy didn’t deserve what he got.” 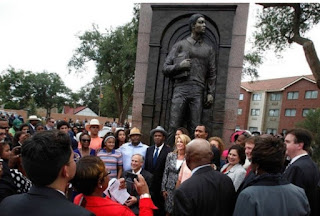 A Bronze statue of Cole holding two books as he looks towards Texas Tech was made to honor his memory. 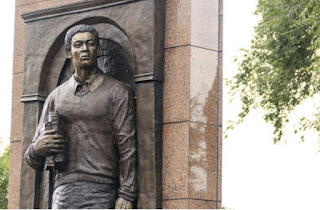