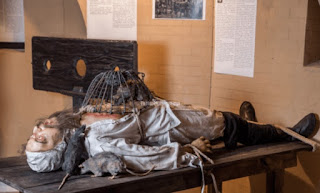 Humans have a long history of developing inventive ways to hurt each other. There’s seemingly no end to the horrifying torture devices that people have conceived. But one of the most terrifying methods of torture ever created doesn’t require a man-made device at all. Instead, it just requires a rat.
There are a lot of bad ways to go, but rat torture may be the worst.
Many people naturally feel a sense of fear and revulsion towards rats. And the animals will chew through nearly anything, including human flesh. And that makes them perfect tools for torture. Especially if the torturer knew how to use them.
One of the most fiendish forms of rat torture involves placing a rat inside a half-cage and atop a restrained person’s abdomen. Then, the cage is slowly heated. Desperate to escape the heat, the rat begins to burrow through the only soft surface it can find: the victim’s flesh. With sharp claws and teeth, the rat quickly gnaws its way into the victim’s bowels, causing excruciating pain and terror.
One of the first documented uses of this diabolical technique occurred in 17th-century Europe during the Dutch Revolt, with Dutch leader Diederik Sonay famously using the technique against captured prisoners. But the technique was also in use in the late 20th century. Chilean dictator Augusto Pinochet allegedly employed rat torture against political opponents during his rule.
The technique was far from the only way that rats were used as instruments of torture. Around the same of Pinochet’s reign of terror in Chile, the military junta in control of Argentina devised a devilish innovation of the process. Instead of placing the rats against the flesh, the Argentines used a telescopic tube to guide the rats inside of a prisoner’s body through the rectum or vagina. 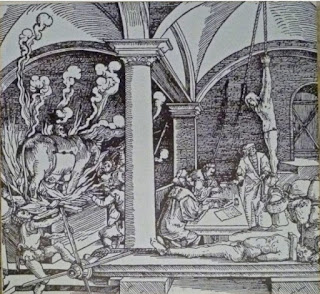 Of course, rat torture doesn’t always need to be so complicated to be effective. The Tower of London had a room referred to as the “Rats Dungeon.” The room was a pitch-black cell that sat underneath the water line of the Thames River. As the river rose, rats swept up from its shores would float in and begin to nibble at the flesh of the prisoners in the dungeon.
This was almost certainly the most common way that rats have been used in torture. Prisoners were simply locked inside a confined space with a group of rats. In a small room with no way to avoid them, the prisoners would slowly be driven mad as the rats gnawed at their limbs. And in many ways, the fear that rat torture caused was more useful for torturers than the pain. 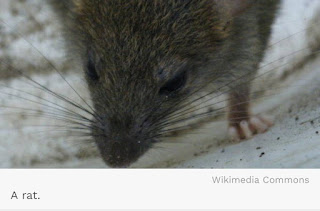 The idea of a rat eating into their guts or simply crawling over their limbs while they slept struck terror into victims. And when a torturer is trying to get information from someone, that fear can often be a more effective tool than physical pain. But the fear was also a good way to add a psychological element to the torture when the goal was simply to inflict suffering.
But ultimately, there are few specific documented cases of the rat torture being used. It might be that the idea of coaxing a rat to eat its way into someone’s stomach was so horrible that even the most hardened sadists were reluctant to employ it.