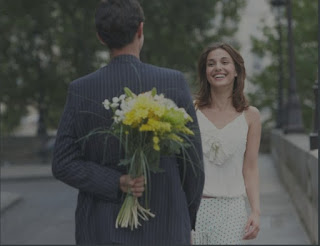 A young South African couple have got tongues wagging due to their tender age.

Falling in love can happen to anyone at any age however getting married is often reserved for when lovers become older and mature to handle what the union will bring.

A young South African couple have caused quite a stir on social media after news of their marriage went viral.

According to Daily Sun, the young man Siyacela Dlamuka, is set to walk down the aisle with his bride Thando Mathebula, on April 13, 2019.

The excited groom-to-be revealed that he is very happy about his choice of bride because “she is different and special”. He also added that he cannot wait to officially make her his bride.

The 59-year-old father of the groom, Mthandeni Dlamika, who is a bishop at Corinthians Apostolic Church in Zion has also expressed his full support for the marriage. It is better they get married rather than falling pregnant out of wedlock.

Mthandeni also took it upon himself to pay the bride price and other expenses so that his son, who is still a high school student, can focus on his education.

Speaking further to Daily Sun the father said he made a rule for his son and his bride-to-be not to engage in premarital relations.
Well, we guess age is not an important factor for marriage in some parts of the world.