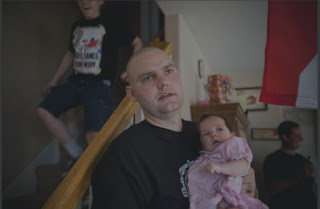 Residents of Basale village in Endebess, Trans-Nzoia county woke up to the shocking news that a villager had strangled his five-year-old son.

The man is being held at Endebess police station following the Friday night incident.

The boy was a standard one pupil at Kibwoi primary school and the first born in the family.

Neighbours said they heard some screams from the boy but thought he was being disciplined by his father.

“I heard the boy screaming and crying and I thought he was being disciplined by his father. I was shocked to learn in the morning that he had been killed,” said a neighbour.

The child’s mother was away when the incident happened.

It was the boy’s father that alerted neighbours that his son had died after allegedly being attacked by unknown people while heading home from school, a theory residents refused to buy.

The man was arrested after residents alerted police that he had killed his son and was trying to cover up the crime.

Maina told The Standard that the man is in custody and the body of the boy had been moved to Kitale County morgue.

“It is true the man beat and strangled his son. The suspect is in police custody and we are investigating the incident,” said Maina.

The administrator described the incident as disturbing and directed police to ensure proper investigations.