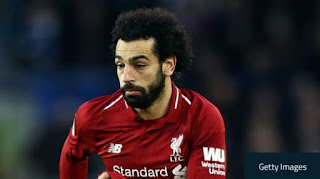 The Egypt international says his priority is Europe's top competition but he is desperate to deliver the Premier League for supporters.

Mohamed Salah says he will "sacrifice" his Champions League dream if it means giving Liverpool supporters what they crave.

The Anfield club are chasing glory on two fronts, with star striker Salah, 26, admitting Europe's elite competition is his priority over the Premier League .


nbsp;   With Liverpool heading into Wednesday's last-16 second leg clash with Bayern Munich with the tie poised at 0-0 and the club second in the Premier League a point behind leaders Manchester City , success in both competitions is a possibiscr

While Salah acknowledges the Champions League is the most "prestigious competition", he knows Liverpool fans want a first title of the Premier League era more than anything.

"I will be honest with you, the most prestigious competition for me is the Champions League," said Salah

"But the dream for the entire city and the club is the league.

"So, I am happy to sacrifice my dream for their dream but if we win both that would great and this is what we are trying to do."

Despite some questions over his recent form, the Egyptian disclosed that he is ready to help Liverpool make the most of any City slip in the title race.


nbsp;   Salah is Liverpool’s top scorer with 20 goals but has not found the back of the net in his last five matches in all competitions, stretching back to a 3-0 win over Bournemouth at Anfield at the start of February.

"The competition is very tough and we have difficult games left as do they," he added.

"All you can do is win your games and hopefully they will fail in one so we can win the title".

"My mind is sharp and there is pressure but I am strong mentally and we just have to keep going.

"We will see what we can do at the end of the season but mentally I am ready for everything."

After their trip to Germany, Jurgen Klopp’s side return to Premier League action against relegation-threatened Fulham at Craven Cottage on Sunday.