Bad News For Chelsea Despite Qualifying For Europa League Semi-Final 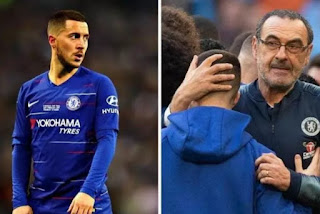 Chelsea progressed to semi-final after defeating Slavia Prague in a seven-goal thriller, but fans of the club will not be happy as latest report says Real Madrid are to finalise the move for the Blues talisman Eden Hazard ‘in coming days’ as they prepare to announce Belgian as third summer signing ahead of next season. 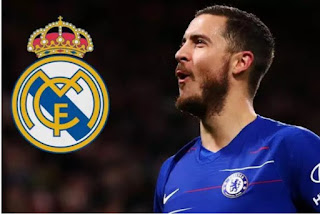 Real Madrid are close to capturing Chelsea star Eden Hazard as their third signing before next season, according to Marca. The Belgian’s signature was one of Zinedine Zidane’s first requests upon returning to the Bernabeu as coach 10 months after leaving. 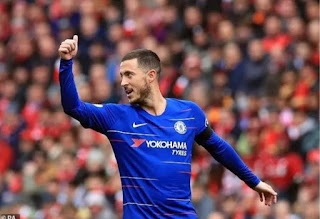 Hazard would become the club’s third signing before the new season, after the arrivals of defender Eder Militao and Brazilian wonderkid Rodrygo Goes. The deal is set to cost Real Madrid around £85million, with Hazard entering the final year of his contract and having stated his desire to leave the Premier League. 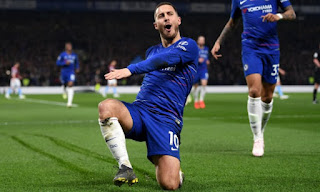 These are the first signs of Los Blancos’ planned rebuild after a disappointing season that sees them third in La Liga and already out of the Copa del Rey and Champions League. 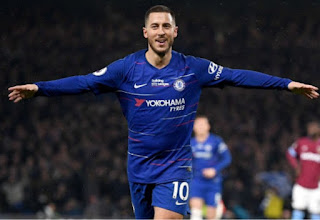 Madrid are keen to push on with transfer targets after sealing Hazard, with Manchester United’s Paul Pogba also attracting serious interest. Christian Eriksen, Matthijs de Ligt and Donny van de Beek are also on the shopping list, the latter two having impressed during Ajax’s run to the Champions League semi-finals.