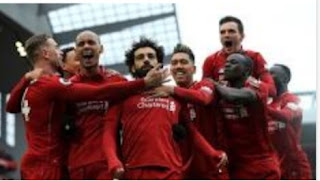 The Liverpool star adopted a yoga style pose after his incredible goal to make it 2-0 to Liverpool against Chelsea at Anfield.

Mohamed Salah has explained the celebration after his stunning strike in Liverpool's 2-0 win against Chelsea.

The Reds took all three points and moved back to the top of the Premier League table after today's crunch clash at Anfield.

Sadio Mane opened the scoring, before Salah struck a thunderbolt to put the game beyond the visitors.

He by adopting a yoga-style pose before being mobbed by his team-mates.

Speaking on Sky Sports after the match he said: "I am a yoga man!" 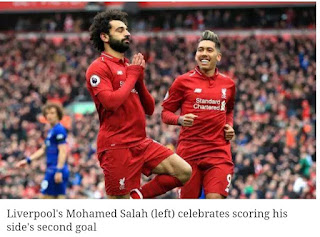 I do yoga and it just came into my mind."

Asked about his goal, Salah added: "I don't think. I just feel."

This one I decided, because it was far, to hit it with power."

Jamie Redknapp put it to him that it might have been his best goal yet for Liverpool.

But Salah said the strikes against Everton and Spurs at Anfield last season are still the standouts for him.