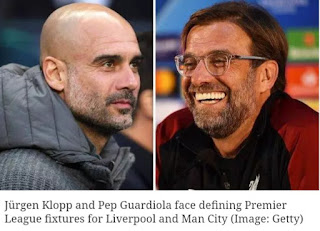 Premier League fixtures are coming thick and fast as Liverpool and Man City approach the final matches of a thrilling battle to become 2018/19 Premier League winners.

While Man City are defending the Premier League title they won in style in the 2017/18 Premier League season, Liverpool have not finished first in the top flight since Kenny Dalglish led them to glory in 1990.

Both sides are unbeaten in the Premier League since January, when Man City beat Liverpool 2-1 in a tense tussle at the City of Manchester Stadium before suffering a 2-1 defeat at Newcastle later in the month.

Managers Jürgen Klopp and Pep Guardiola are seeing the resilience and depth of their squads tested by campaigns targeting the Champions League, FA Cup and Carabao Cup trophies as well as the Premier League.

Man City won the Carabao Cup against Chelsea and will take on Watford in the FA Cup Final, but were knocked out of the Champions League by Tottenham and are second in the Premier League following a 2-0 win for Liverpool at Cardiff. 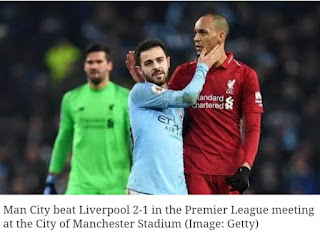 Liverpool, who lost to Wolves in the FA Cup and Chelsea in the Carabao Cup, have a two-point lead at the top of the Premier League and a tie with Barcelona in the Champions League semi-finals.

"We’ve got to keep believing, keep our confidence going and win as many games as we can".

The Portugal midfielder said: “If we want to win the title we need to win all of our games.

“We only depend on ourselves but Liverpool depend on us. We want to try to keep it that way." 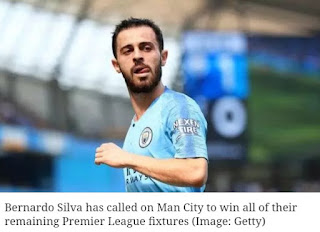